How to Play FRECK!

If you or your teachers still need more assistance with FRECK! after reading through this page, no problem! We offer training sessions in person or online video training (by appointment). Contact gregg@ampeduplearning.com and he can set up an in-person OR video session.

Check out the "How to Play FRECK!" intro video. 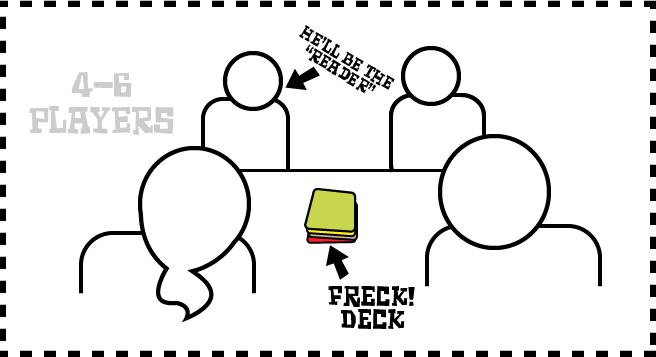 Place the deck in the middle of the table & select a reader who draws the top card.

There are CLUE (MONEY) 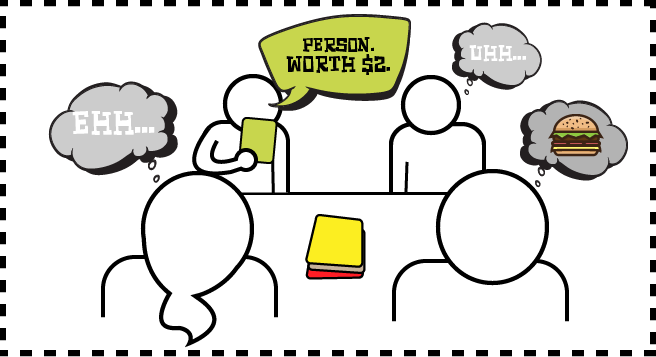 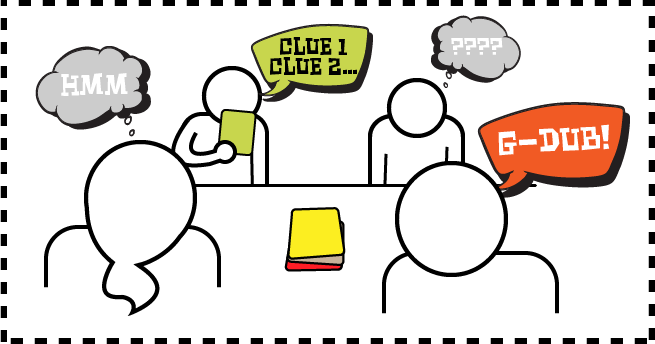 Anyone at the table can answer at any time. BUT they only get ONE shot!
Wrong? They're out for the rest of that card round.
Right? They win the card.

If NO ONE answers correctly, the Reader keeps the card! 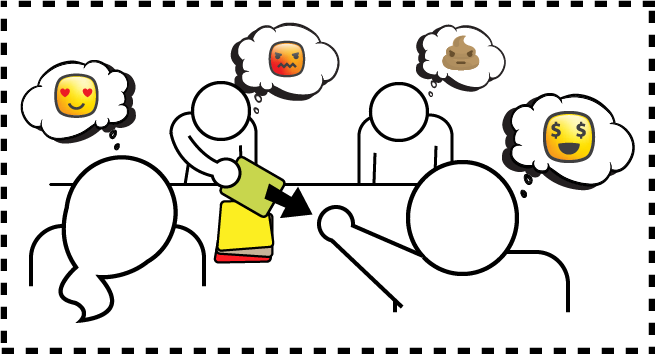 MONEY cards are put in a player's bank. (in front of them face up on the table or can be concealed. It's up to house rules.). 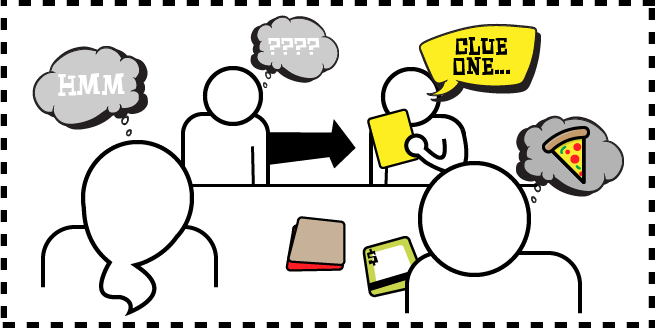 Reader responsibilities move to the left. Have fun! 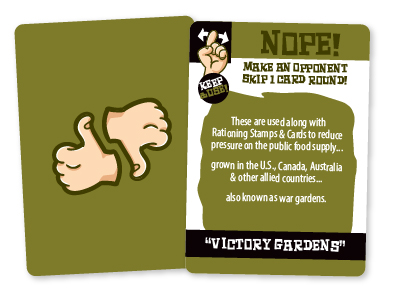 are kept in a player's hand to help them or hinder their opponents when the opportunity presents itself during the game. Ex: Use a HELP card to get another crack at answering a card. 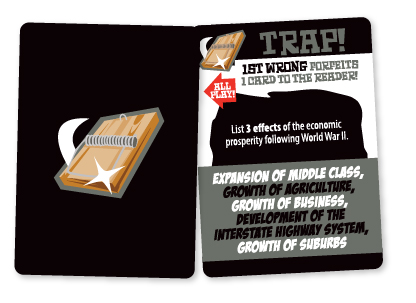 is a question the whole table must answer (except for the Reader). From the Reader's left, each player answers one at a time. If they answer the card, nothing happens and the TRAP card is placed in the discard pile. The first player to give a wrong answer must forfeit ONE card of the Reader's choice. No cards? The player loses a turn. 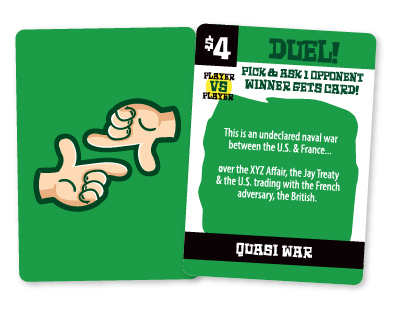 (in Modern US or expansion packs) is a question the reader asks an opponent he/she chooses. If the opponent answers correctly, they keep the card (worth $). If the opponent is wrong, the Reader keeps it.

The player with the most money and the end of the game is considered the best at FRECK! in History.

Along with concise, easy-to-read content clues, there are various types of cards used in different ways during FRECK! gameplay. All FRECK! cards are worth money each player can bank (except for TRAP. That is always discarded after it's read). Familiarize yourself with the cards here: 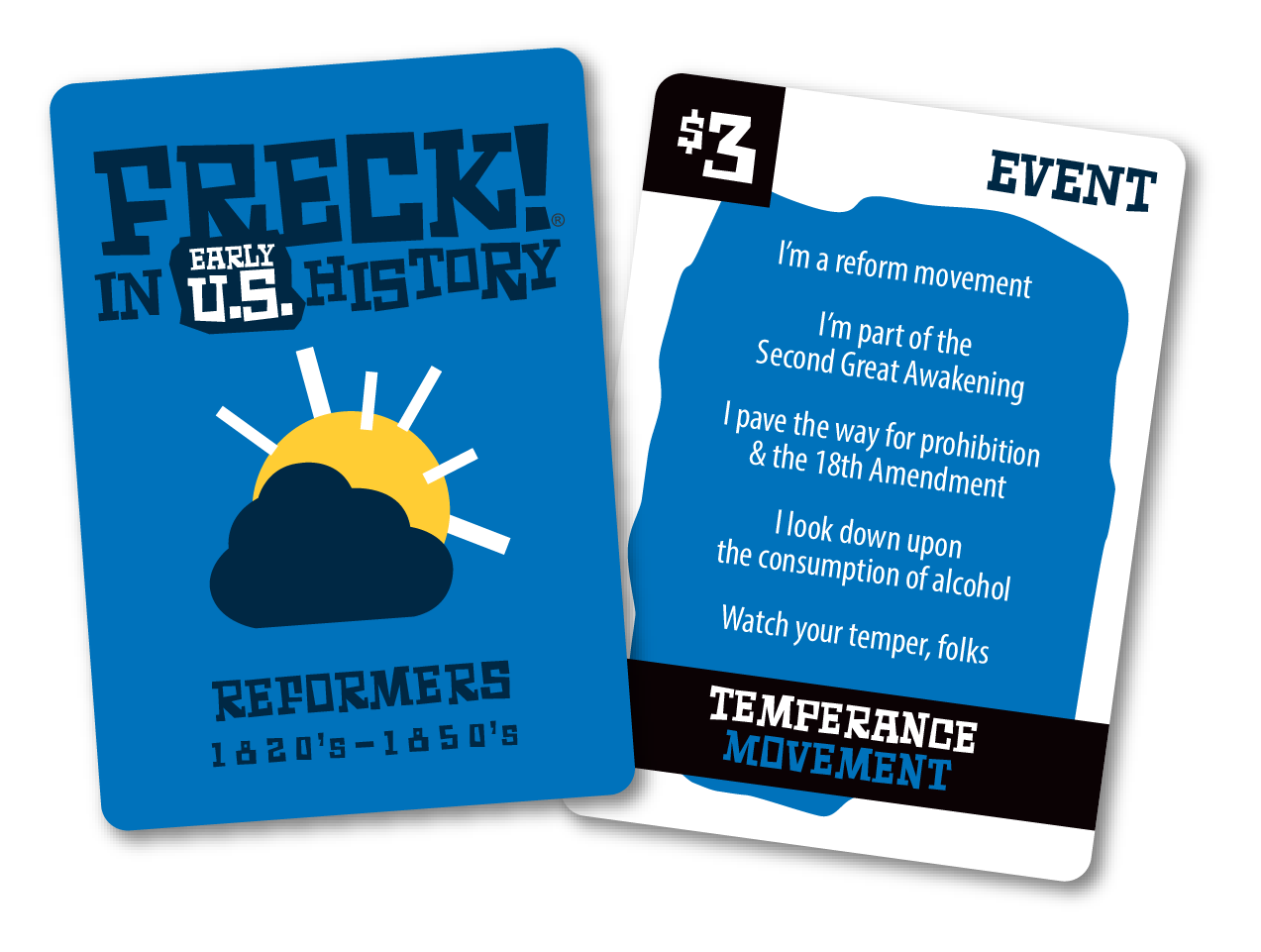 Each money card has a $ value, a category and 5 clues you read one at a time (pause 3-5 secs). The answer (key term) is at the bottom. Players can answer at any time, even after the 1st clue. But, they can only answer ONE time unless they have “HELP”. (See ACTION) 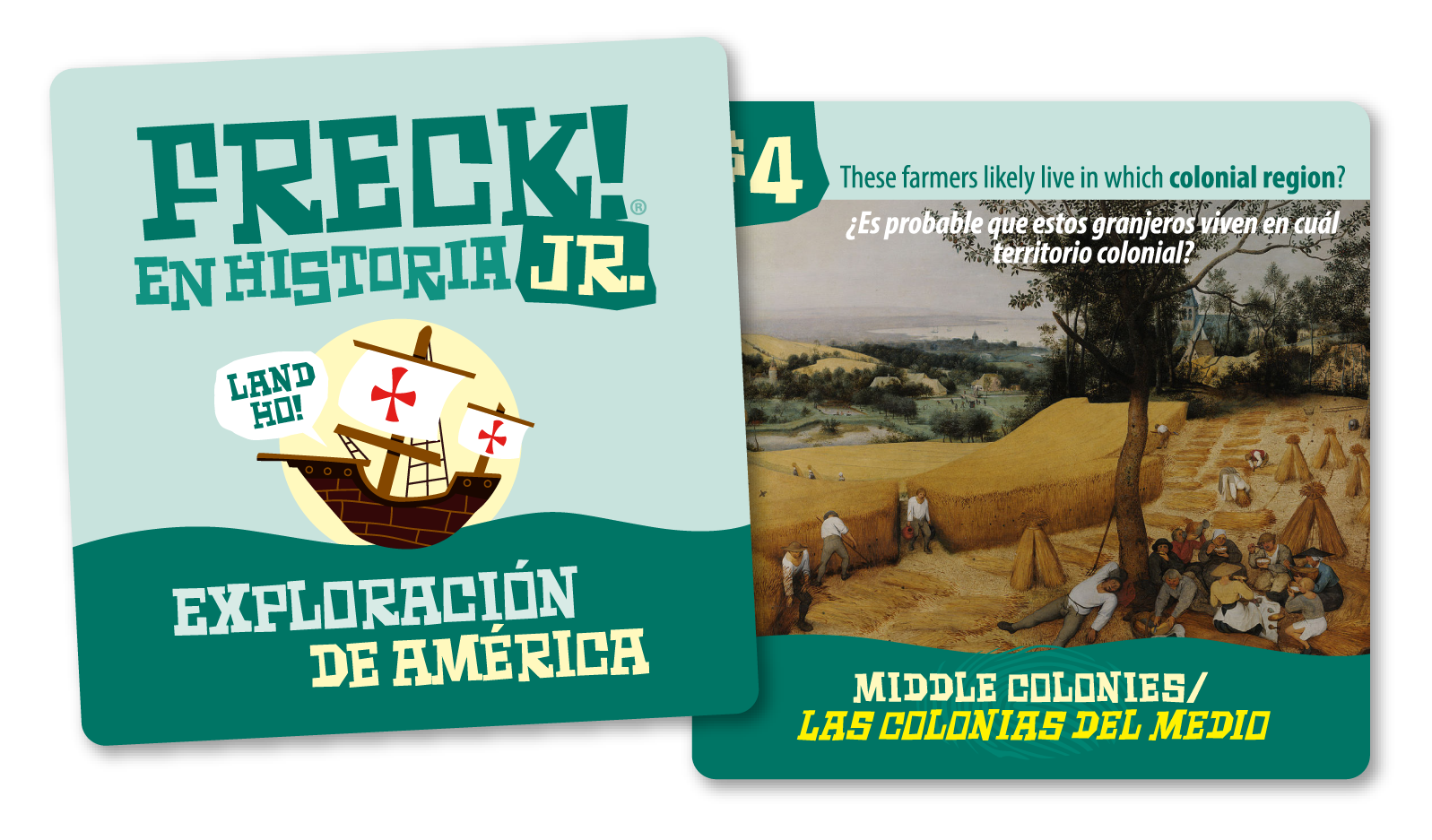 These have a historic image players must use to answer a single question at the top of the card. The Reader places his/her finger or thumb over the answer at the bottom OR SCANS THE QR code with a device to show an enhanced version of the image. They show the card to the table FIRST and then read the question OR scan the card with a device or devices using a QR code reader (to enlarge or broadcast the image better). The first player to answer correctly wins & banks the card.

Each action card has some sort of action (defined under the title).

When you draw one, DO NOT tell anyone the type of action. (That's your secret in case you win the card!)

If someone gets it right (one attempt each), they win the card. Hand it to them face down.

If no one gets it right, it's yours!

Action cards can be played at ANY TIME during the game... even in the middle of a card round.

After an Action card is played, it is placed in a discard pile next to the main pile.

HELP! gives you one extra answer if you miss during a card round.

DEFEND! counters an Action card played on you by another player OR keeps you from having to answer a TRAP card.

BOOST! doubles or triples your highest MONEY card in your bank at the end of the game.

NOPE! card: Can be played on another player to skip them during a card round. Can be countered with a DEFEND! card.

GRAB! card: Can be played on another player to steal any ONE card in their hand or in their BANK (on the table in front of them). Can be countered with a DEFEND! card.

All other players at the table must answer the TRAP! card one at a time, starting to the Reader's left.

The first person who misses must let the Reader take a card - Action OR Money card. If the player doesn't have any cards to give, he/she skips a turn.

Read the card to the whole table & each player answers one at a time, starting to the reader's left. If the table answers the whole card successfully, the reader discards the TRAP! Card and the table moves on to the next card round.​​

The first opponent to give a wrong answer... must let the reader take one of his/her cards (bank or action). If player has no cards in their hand, the opponent must skip the next clue card. If they are the next reader, they must skip being the reader and does not answer the next card.