CREATE AN ENGAGING CLASSROOM WITH THE TRENCH WARFARE GAME

Objective: This interactive trench warfare game engages students in a hands on way, to understand the phrases: "Trench Warfare" and "No Man's Land".

These may seem like boring vocabulary words to most students, but they'll mean something more to your students, as they face the daunting task of trying to brake the stalemate on the Western Front.

This simulation takes place in 1916 on the Western Front when British and French Forces faced the German army in France and Belgium.

Students will Problem Solve and Develop Strategy as how to break through each others lines. In the end, they'll realize that the Western Front punished the side on the offensive.  Sending waves of men into blistering machine gun fire was pure insanity.

1. Allow students to feel the frustration and futility of offensives on the Western Front.

2. Show students why the Western Front became a “stalemate”. 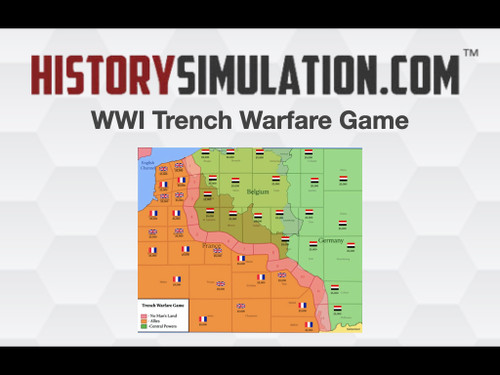