This resource comes as a Google Drive resource. When you purchase this product, you will be directed to download a PDF of the Terms of Use. The link to the Google Drive folder, along with directions on how to make copies and print the material, will be provided. By purchasing this product, you recognize that you (and your students should you chose the digital option) must have access to a Google account.

Want to find out more information on what's included with this purchase? ⇣⇣⇣⇣⇣⇣⇣

In addition to the PowerPoint, each purchase set also includes:

If you want to get an even more in-depth look at this product, please check out the individual Previews for each of the products on their respective product pages. I have included pictures of EVERYTHING (including each individual slide) you get with this purchase.

Best yet, all of these items are EDITABLE!!! If you need to change or adapt them to fit your curriculum or classroom needs, you have the power to do that!

Want to check out more of my resources on Ancient China? Simply click HERE. 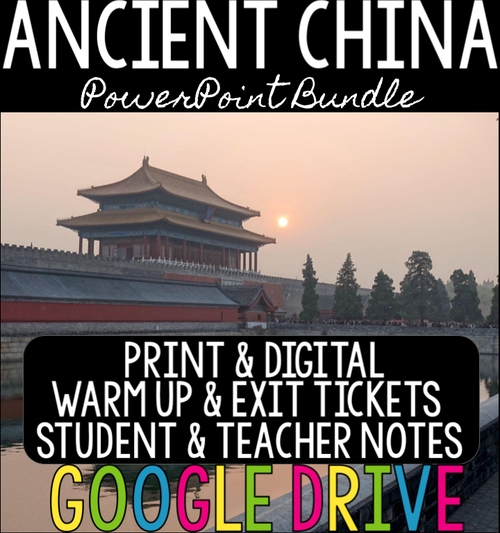