In this lesson, students read a 2 page article about the Chinese Communist Revolution.

As they read, they fill out a comic strip. At the top of the comic strip, they answer questions about each section of the article.

For Texas teachers, this lesson plan covers these TEK:

WH13 History. The student understands the impact of major events associated with the Cold War and independence movements. The student is expected to: (B) summarize the factors that contributed to communism in China, including Mao Zedong's role in its rise, and how it differed from Soviet communism 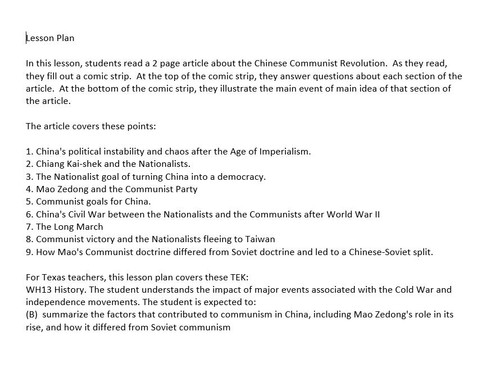