A dominoes game with questions and statements on friction and air resistance instead of numbers.

Rules of the Game

Forces - What is a Force? - Middle school Science 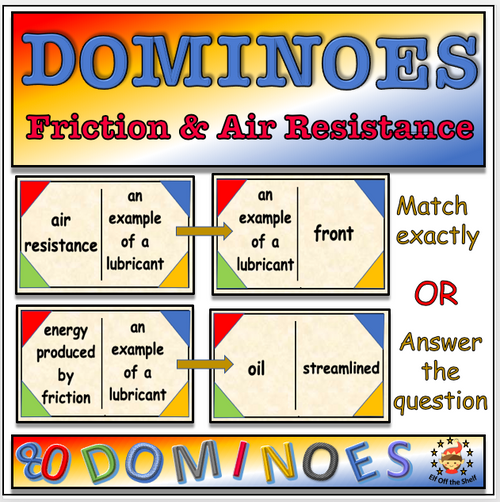