Scientists from a nearby university were testing a prototype of a time machine. You volunteered to test the prototype and travel in time to the future. BUT there was a problem!

While traveling through time, scientists have uncovered a glitch and now you're stuck in a time loop in math class, and if you don't do anything, you'll stay here forever (in the math lesson). As a result of the glitch, the present was mixed up with the past.

You need to focus on the elements from the past, because they will allow you to discover the clues.

You need one set of 4 envelopes and a printed set of all the clues for each group. You can use envelopes, or locks, or included digital locks.

- Finding the Fraction of a Whole Number

- The printable version in PDF. 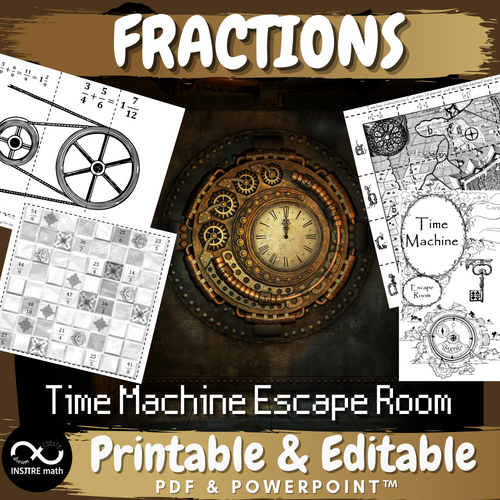