AWESOME! WOW! These THREE resources use the lyrics to the popular Hamilton Musical to teach the arguments between Hamilton and Jefferson and lead to our first political parties.

CABINET BATTLE 1 Summary: Secretary Hamilton and Secretary Jefferson engage in a cabinet meeting designated to discussion of Hamilton's financial plan. Madison and Jefferson taunt him, reminding him that for congressional approval he would need votes, which he didn't have. Washington pulls him aside and tells him to calm down, and that though he was worked up he did indeed have to find his votes to avoid removal.

CABINET BATTLE 2 Summary: Cabinet Battle #2 is the 7th song of Act Two of Hamilton and the 30th song of the musical overall.

Secretary Jefferson & Secretary Hamilton debate again, this time over whether America should assist France in their revolution against Britain. Jefferson votes yes, for they promised the French they would come to their aid before, but Hamilton convinces Washington that they should break their oath and refrain from the war.

Later, Jefferson taunts Hamilton, telling him that he is nothing without Washington's support.

ONE LAST TIME: This song tells the story of Hamilton writing George Washington’s “Farewell Address,” his famous last statement of political thoughts published upon his decision to step down from Presidential office.

*Songs not included. Always find the Clean version on youtube. 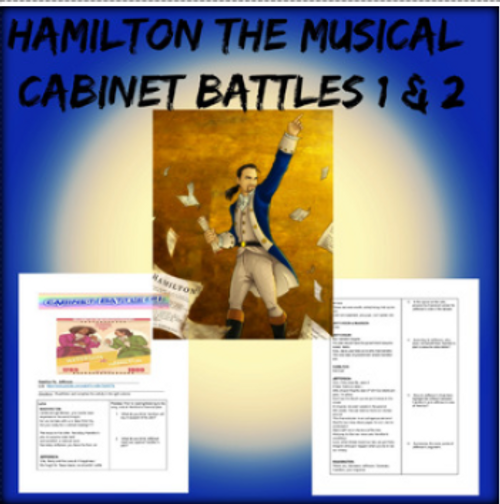