Maps of North America Exploration and Settlement: An Activity

Early maps of European exploration and settlement reveal much about what explorers and colonists knew about what eventually became the English thirteen colonies.

Map-making work was a difficult and time-consuming process. Ship captains would make astronomical observation to fix their latitude and then, with varying degrees of success, their longitude (a much more difficult process). Similar observations were then done on land, using various surveying tools. They typically used trigonometrical calculations to determine the position of distant points. Land surveyors would be dispatched to use fixed length chains or wheels to measure out smaller areas like forts, settlements, and towns. Then a map-maker in places like London, Amsterdam or Paris would compile these surveys, nautical observations, visual reports and pure guesses into a map. Later map-makers would then build upon the work of their predecessors, correcting obvious errors, and generally making more accurate maps.

In this activity students analyze several early maps that accurately or inaccurately show what future explorers or settlers might expect in coming to North America. Their first task is to analyze each of the seven maps and try to put them in the correct order by date. Second, they use the maps to frame some generalizations about the growth of colonial power in North America.

Type a description for this product here... 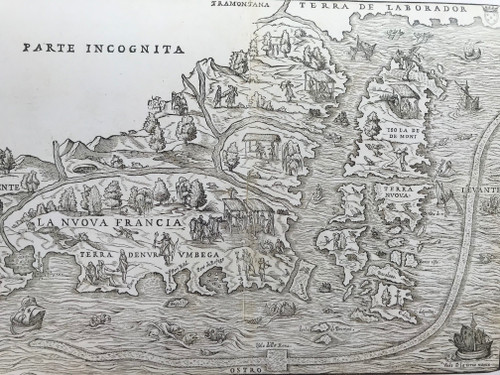 Maps of North America Exploration and Settlement: An Activity