Could the Civil War have been prevented?

On February 4, 1861 a “peace convention,” called by the Virginia legislature, assembled at the Willard Hotel in Washington D.C., the same day that the Confederate Constitutional Convention was meeting in Montgomery Alabama. None of the seven seceding states sent delegates. Five Northern States, Oregon, California, Michigan, Wisconsin and Minnesota also did not send delegates because Republican leaders distrusted the process. It was labelled by critics as the “Old Gentlemen’s Convention” mainly because many of the delegates were from a bygone era, especially the convention chairman, seventy-year-old ex-President John Tyler.

In this activity you and your students will have a chance to serve as representatives to this convention and consider proposals that might reverse history and prevent the Civil War. Also included are summary discussion question and extension activities to broaden the experience. 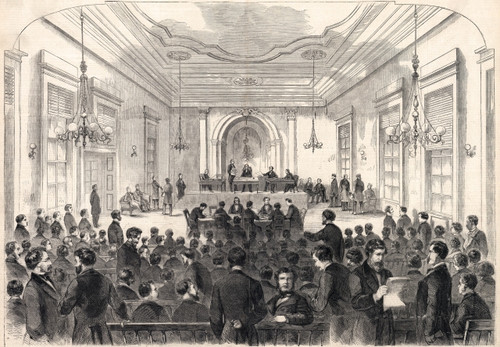