Motivate your students with these engaging safari-themed math games.

Included with each game:

The Crocodile Pit Game (2 to 3 players)

Skills included on the game cards:

Math Tools included: (color, a touch of color, and b/w) 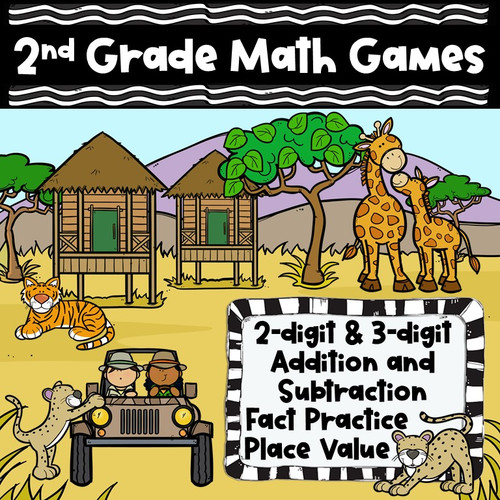