Bundle-Lessons about the War of 1812

Should the National Anthem Be Changed?

Students will delve into the minds and attitudes of Americans at the beginning of the War of 1812 by analyzing a primary source document of a political cartoon. The lesson begins with a warm up activity as students debate what unites people to go to war and what tools are used to unify feelings about war. Next, the class learns of the purpose and tools of political cartoons. Additional time is spend learning how to “read” a political cartoon. To begin the analysis, students identify details from the cartoon before sharing their details with a partner in a rally robin style. Pairs then hypothesize about the location and time period of the cartoon using evidence from the image. Next, pairs work together to complete the analysis questions for the cartoon. The class will read the background information for the history that possibly led to the creation of the political cartoon. The class will then discuss the purpose behind the cartoon and students will complete the lesson by choosing to write a mini editorial about the effect of the cartoon or may choose to write additional stanzas to the poetry on the cartoon.

Delve into the major battles of the War of 1812 acting as American and British commanders planning strategies to attack or defend important cities and waterways. The lesson begins with an activity in which students learn about Washington’s advice for the United States during his farewell address and the circumstances that led to conflict between the United States and Great Britain. Students vote in a Four Corners style activity to determine which enemy the U.S. should declare war with first. Next, the class begins the background reading for the events of the War of 1812. After learning of the beginning events of the war, pairs will read the background information leading to each battle. Then pairs must plan strategy for both the British and the Americans for each specific battle. The strategic planning is centered first on the overall battle plans to attack and defend the United States. Then pairs plan specific strategies for conflicts in Canada, the battle over the nation’s capital, the clash over the city of Baltimore and the struggle to control the Mississippi River over the city of New Orleans. After each pair plots their strategy, they present their plan to the class. After the pairs have shared their ideas, the teacher reveals what happened in each encounter. Then the class repeats the same scenario of reading, planning, sharing and then learning of the actual events of each encounter. After learning about the results of the War of 1812, students will create a report card, providing analysis of America’s efforts during this war.

When you purchase this activity, you will receive: 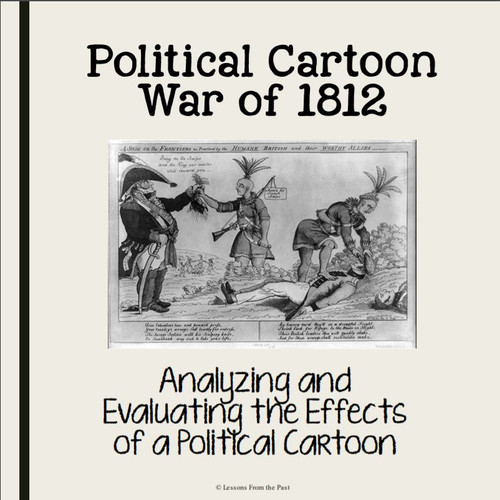 Bundle-Lessons about the War of 1812