A Christmas activity which promotes not only promotes the concept of teamwork  but also  individually contributing to the success of a team. It is a 56 question, animated, interactive team quiz with built – in scoreboard for up to seven teams. All questions are pictorial and multiple choice. A wide range of general knowledge questions and tasks are included. As well as asking a question, a lot of  slides also provide some interesting snippets about the topic so pupils are expanding their general knowledge as well as enjoying the activity. Topics include:

Full instructions are given on the PowerPoint itself.

Why not have a look at my shop? 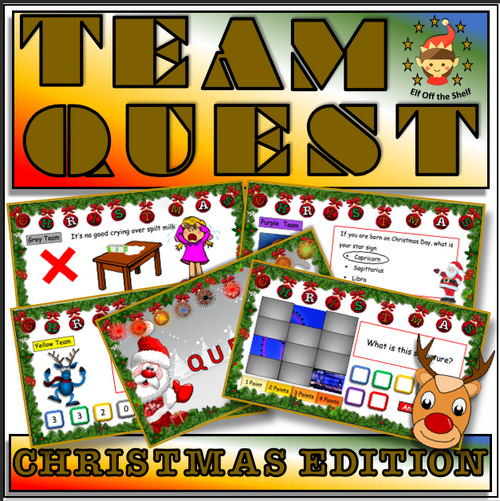