This product is a Google doc that is linked to an interactive image of parts of President Ronald Reagan's speech. A great enrichment activity in small groups or homework assignment.

On June 12, 1987, President Reagan spoke in West Berlin, near the Berlin Wall, not far from where the Brandenburg Gate stood in the eastern sector. His  speech acknowledged the new Soviet leader Mikhail Gorbachev’s efforts at reform in the Soviet Union. However, Reagan was not satisfied with Gorbachev’s limited measures. He challenged the Soviet leader to show a real commitment to reform by tearing down the Berlin Wall that had stood between East and West Berlin since 1961. This wall symbolized the division between communism and democracy.

This product is editable.

Check out my store 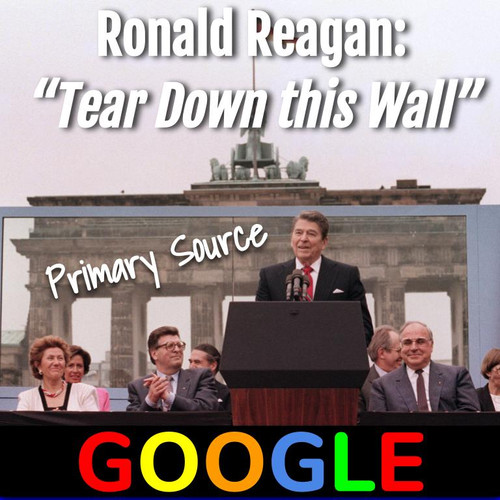