Interactive Map: Colonization in the Americas

This product is a Google form and doc linked to two interactive maps on the colonization in the Americas.

By the early 1700s, British, French, and Spanish colonial settlements had expanded, some faster than others. British colonial growth along the Atlantic coast centered on settlements. French colonization, inland along the St. Lawrence River and into Canada, was predominantly made up of trading posts and forts. The Spanish colonists settled in the Southern coastal region, Southwest and California Pacific coast and the settlements usually centered around missions.

As Europeans explored the Americas claiming lands for their monarchs, they encountered diverse groups of Native Americans who already lived there. Europeans and Native Americans both relied on the resources of the land they inhabited. Though the groups often clashed, they influenced each other in many ways.

Students can answer the 13 reading comprehension questions on the form while exploring and analyzing the interactive maps. Then, students will explain, predict, identify cause and effect, and draw conclusions on the doc. This activity has worked very well in pairs. Students can explore and discuss as they explore the maps. This is an enrichment activity.

Students will analyze the North American map to learn about:

Students will analyze the Central and South American map to learn about:

This product is editable.

Questions and option orders are shuffled. 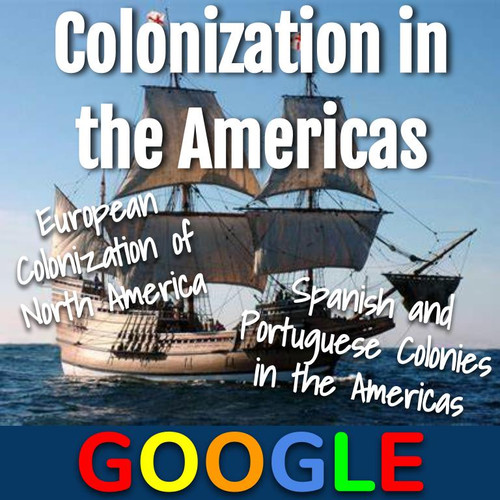 Interactive Map: Colonization in the Americas