This resource includes three complete Reader's Theaters activities for middle grade students studying Mesoamerican history! The plays in this product include the Ancient Maya Civilization, the Aztec Empire, and the Inca Empire.

Each play is a 5-Act, 25-role Reader's Theater script. Reader's Theater is an engaging instructional strategy for middle grade students that allows them to act out various historical scenes. This resource is a great review activity and assessment strategy. It also helps build fluency and reading comprehension skills!

Each of the five acts in each play includes three questions for the class to discuss. There is a ten-question multiple choice quiz for students at the conclusion of each play for an assessment. Lastly, there is an extension activity for each play in which students will create their own script following each Reader's Theater.

Answer keys are included for the quizzes.

For the Maya Civilization, the acts are as follows:

For the Aztec Empire, the acts are as follows:

For the Inca Empire, the acts are as follows:

Answer key is provided for the quiz.

Created by The Lit Classroom 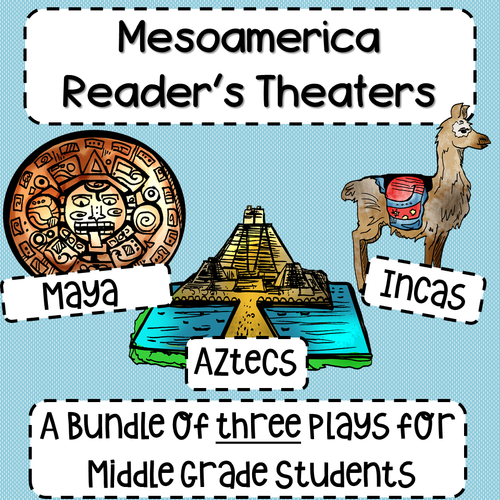