In this bundle you will find ALL of my Texas History Slides & Note sets that will take you through the entire school year.

Teach Texas history using these TEKS-aligned Texas History activities! Each set included offers the content in PowerPoint and Google Slides as well as differentiated printable and digital student notes. These activities are a good way to introduce, review, or supplement your Texas History units. Distance learning is a breeze when you use the digital options included in this product.

If you want to cover your whole year with Slides & Notes, Interactive Notebooks, AND Stations then check out my Mega-Bundle!

TEKS covered in this bundle:

•4.6(A) identify, locate, and describe the physical regions of Texas (Mountains and Basins, Great Plains, North Central Plains, Coastal Plains), including their characteristics such as landforms, climate, vegetation, and economic activities

• 4.7(A) explain the geographic factors such as landforms and climate that influence patterns of settlement and the distribution of population in Texas, past and present.

•4.11(A) identify how people in different regions of Texas earn their living, past and present;

•4.11(B) explain how physical geographic factors such as climate and natural resources have influenced the location of economic activities in Texas.

4.13C - identify the intent, meaning, and importance of the Declaration of Independence, the US Constitution, and the Bill of Rights.

• 4.1(A) explain the possible origins of American Indian groups in Texas;

• 4.1(B) identify and compare the ways of life of American Indian groups in Texas before European exploration such as the Lipan Apache, Karankawa, Caddo, and Jumano;

• 4.1(C) describe the cultural regions in which American Indians lived such as Gulf, Plains, Puebloan, and Southeastern;

•4.9(A) explain the economic activities various early American Indian groups in Texas used to meet their needs and wants such as farming, trading, and hunting;

•4.12)(A) compare how various American Indian groups such as the Caddo and the Comanche governed themselves;

•4.2(A) summarize motivations for European exploration and settlement of Texas, including economic opportunity, competition, and the desire for expansion;

•4.2(B) identify the accomplishments and explain the impact of significant explorers, including Cabeza de Vaca; Francisco Coronado; and René Robert Cavelier, Sieur de la Salle, on the settlement of Texas;

•4.2(C) explain when, where, and why the Spanish established settlements and Catholic missions in Texas as well as important individuals;

•4.11(C) identify the effects of exploration, immigration, migration, and limited resources on the economic development and growth of Texas;

•4.2(D) identify Texas' role in the Mexican War of Independence and the war's impact on the development of Texas; and

•4.2(E) identify the accomplishments and explain the economic motivations and impact of significant empresarios, including Stephen F. Austin and Martín de León, on the settlement of Texas.

•4.7(B) identify and explain patterns of settlement such as the location of towns and cities in Texas at different time periods.

•4.9(B) explain the economic activities early settlers to Texas used to meet their needs and wants.

•4.12(B) compare characteristics of the Spanish colonial government and the early Mexican governments in Texas.

•4.3(A) analyze the causes, major events, and effects of the Texas Revolution, including the Battle of the Alamo, the Texas Declaration of Independence, the Runaway Scrape, and the Battle of San Jacinto;

•4.13(A) identify the purposes and explain the importance of the Texas Declaration of Independence and the Texas Constitution;

•4.14(A) explain the meaning of various patriotic symbols and landmarks of Texas, including the six flags that flew over Texas, the Alamo, and the San Jacinto Monument;

•4.3(C) identify leaders important to the founding of Texas as a republic and state, including José Antonio Navarro, Sam Houston, Mirabeau Lamar, and Anson Jones

•4.3(D) describe the successes, problems, and organizations of the Republic of Texas such as the establishment of a constitution, economic struggles, relations with American Indians, and the Texas Rangers;

•4.3(E) explain the events that led to the annexation of Texas to the United States and the impact of the U.S.-Mexican War

•4.13(A) identify the purposes and explain the importance of the Texas Declaration of Independence and the Texas Constitution

•4.13(B) identify and explain the basic functions of the three branches of government according to the Texas Constitution;

•4.14(C) recite and explain the meaning of the Pledge to the Texas Flag

•4.4(A) describe the impact of the Civil War and Reconstruction on Texas;

•4.10(A) describe how the free enterprise system works, including supply and demand;

•4.10(B) identify examples of the benefits of the free enterprise system such as choice and opportunity;

•4.10(C) describe the development of the free enterprise system in Texas such as the growth of cash crops by early colonists and the railroad boom.

•4.11(C) identify the effects of exploration, immigration, migration, and limited resources on the economic development and growth of Texas

•4.4(B) explain the growth, development, and impact of the cattle industry such as contributions made by Charles Goodnight, Richard King, and Lizzie Johnson;

•4.4(C) explain the effects of the railroad industry on life in Texas, including changes to cities and major industries

•4.4(D) explain the effects on American Indian life brought about by the Red River War, building of U.S. forts and railroads, and loss of buffalo.

•4.5(A) explain the impact of various events on life in Texas such as the Great Depression, the Dust Bowl, and World War II and notable individuals such as Audie Murphy, Cleto Rodríguez, and Bessie Coleman and other local individuals

•4.5(B) explain the development and impact of the oil and gas industry on industrialization and urbanization in Texas, including Spindletop and important people such as Pattillo Higgins

•4.15(A) identify important individuals who have participated voluntarily in civic affairs at state and local levels such as Adina de Zavala and Clara Driscoll;

•4.15(B) explain how individuals can participate voluntarily in civic affairs at state and local levels through activities such as respectfully holding public officials to their word, writing letters, and participating in historic preservation and service projects;

•4.15(C) explain the duty of the individual in state and local elections such as being informed and voting;

•4.15(E) explain how to contact elected and appointed leaders in state and local governments.

•4.16(A) identify leaders in state, local, and national governments, including the governor, local members of the Texas Legislature, the local mayor, U.S. senators, local U.S. representatives, and Texans who have been president of the United States;

•4.16(B) identify leadership qualities of state and local leaders, past and present

•4.17(A) identify customs, celebrations, and traditions of various cultural, regional, and local groups in Texas such as Cinco de Mayo, Oktoberfest, and Fiesta San Antonio

•4.17(B) summarize the contributions of artists of various racial, ethnic, and religious groups in the development of Texas culture such as Lydia Mendoza, Chelo Silva, and Julius Lorenzo Cobb Bledsoe.

•4.18(A) identify famous inventors and scientists such as Gail Borden, Joseph Glidden, Michael DeBakey, and Millie Hughes-Fulford and their contributions;

•4.18(B) describe how scientific discoveries and innovations such as in aerospace, agriculture, energy, and technology have benefited individuals, businesses, and society in Texas. 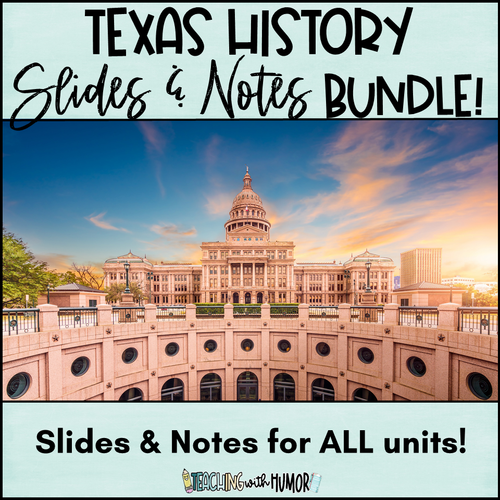