The Roaring 20s: Making a Book about Chicago

Making a book about Chicago is an activity that engages students in both process and content. Of all the large cities in the country in the 1920s, Chicago was the most open to doing something new. It was the first northern city that really embraced jazz, and it was the headquarters of organized crime and bootlegging. It was the destination of thousands of immigrants from Europe, Asia and even from the South during the so-called Great Migration. In fact, it could be said that Chicago was the 1920s! Between the bootleggers, the gin mills, organized crime and the music, Chicago fits the romanticized image many people have of the Roaring Twenties. In this project students make their own personal book about Chicago and the 1920s combining process and content. They will be given thirty-five separate pages topics that include Prohibition, gangsters like Al Capone, the Great Migration, immigration, jazz, skyscrapers, baseball, famous trials and government leaders like Big Bill Thompson. After they have made their own unique book about Chicago and the 1920s then they can use it as a resource for further discussion about the so-called “Roaring Twenties.” 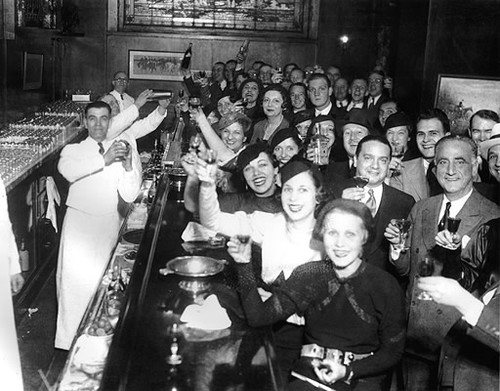 The Roaring 20s: Making a Book about Chicago