Mankind The Story of All of Us - Episode 03: Empires - Video Response Worksheet

This Video Response Worksheet and Key is based on the History Channel documentary series "Mankind The Story of All of Us - Episode 3: Empires."

ABOUT THIS EPISODE: Huge engineering projects help spark intricate cities that transform the lives of millions of people. The spread of Christianity and other religions reveals the increasing interconnectedness of mankind. The greatest mega-city on earth, Rome, becomes an engine of expansion while China builds an empire on the other side of the world. A vast network of roads and shipping lanes allows goods and ideas to flow across three continents. Mankind is connected like never before—this is the birth of globalization. 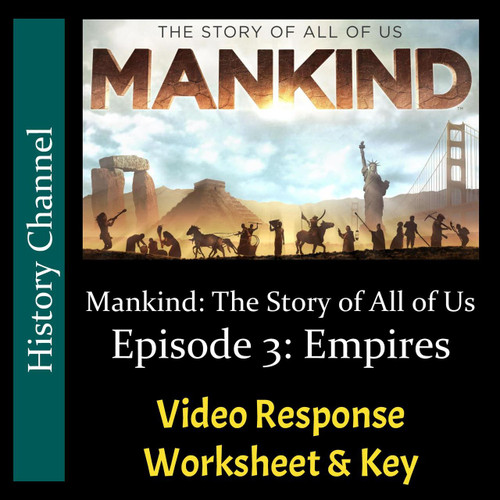 Mankind The Story of All of Us - Episode 03: Empires - Video Response Worksheet