Mankind The Story of All of Us - Episode 10: Revolutions - Video Response Worksheet and Key (Editable)

This Video Response Worksheet and Key is based on the History Channel documentary series "Mankind The Story of All of Us - Episode 10: Revolutions."

ABOUT THIS EPISODE: Mankind continues to advance technologically, learning how to master nature. In North America, Siberia and Australia, ancient traditions are swept away in the name of trade, commerce and science. Within a hundred years, the irrational fear that produced a witch trial in Salem gives way to a very rational cry for freedom. American revolutionaries confront a mighty empire. The battle for the modern world begins. 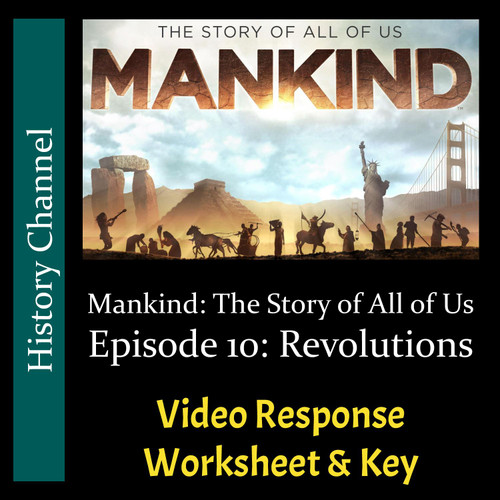 Mankind The Story of All of Us - Episode 10: Revolutions - Video Response Worksheet and Key (Editable)