Mankind The Story of All of Us - Episode 11: Speed - Video Response Worksheet and Key (Editable)

This Video Response Worksheet and Key is based on the History Channel documentary series "Mankind The Story of All of Us - Episode 11: Speed."

ABOUT THIS EPISODE: Mankind mobilizes toward modernity. In places like Japan, ancient traditions merge with newfound technologies. Some nations emerge as superpowers, amassing military might. From steamships such as the Titanic to skyscrapers like the Empire State Building, humans create infrastructure and vast communications networks. But progress has its dark side. The demand for rubber devastates Africa; warfare and poverty continue to threaten human survival and longevity. 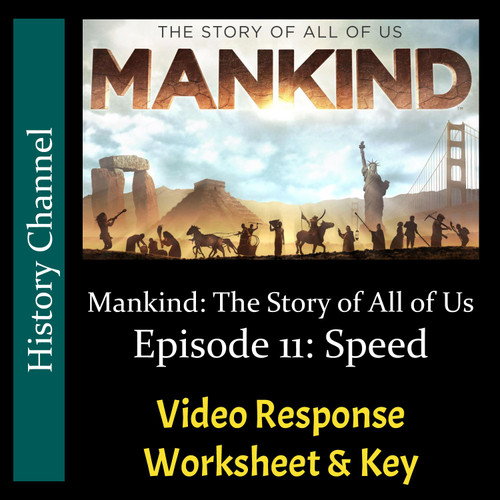 Mankind The Story of All of Us - Episode 11: Speed - Video Response Worksheet and Key (Editable)