Mankind The Story of All of Us - Episode 04: Warriors - Video Response Worksheet and Key

This Video Response Worksheet and Key is based on the History Channel documentary series "Mankind The Story of All of Us - Episode 4: Warriors."

ABOUT THIS EPISODE: By the 5th century AD the Roman Empire disintegrates, leaving a power vacuum in Europe. Barbarians destroy towns and cities; Europe has entered the Dark Ages. But elsewhere in the world, humans achieve progress. In the Arabian dessert, the discovery of gold helps ignite new innovations in engineering and technology. Vikings open up new links. Mankind continues to clash in wars over religion and territory. 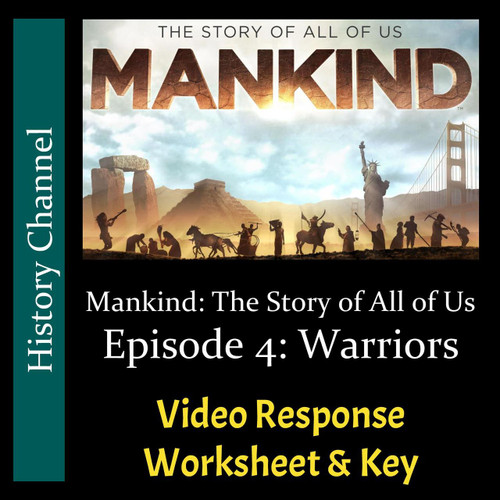 Mankind The Story of All of Us - Episode 04: Warriors - Video Response Worksheet and Key